A journey by train is without a doubt the best way to see a country and its population, all in a slow pace with time to reflect over the many sights. Vietnam’s air-conditioned trains are safe, comfortable & inexpensive, so all in all it is the ideal way for travelers to see Vietnam if time allows. The principal route is the thousand-mile single track North-South Railway line, running between Hanoi and Ho Chi Minh City. This was built at the metre gauge in the 1880s during the French colonial rule. The trains has been very important for the development of the country and there is stops in almost all cities in Vietnam.

For short journeys it can actually be an advantage to take train over airplane, as the train as example leaves from Hanoi city center and arrives Hue in center, whereas airports are fewer and in most cases far from cities, so the time spent on a flight: getting to a remote airport, checking in, taking the flight itself, collecting your bags and getting back into the city center can be as long as the whole train journey, where you just get to relax and view the scenery and get good pictures.

Air-conditioned trains with sleeper berths and on-board catering links the cities Hanoi, Hué, Danang, Nha Trang, and Ho Chi Minh City (Saigon). Hoi An has no train station, but is located just 30km by bus or taxi from Danang. There are also trains from Hanoi to Halong Bay (Hai Phong) and Hanoi to Sapa (Lao Cai). 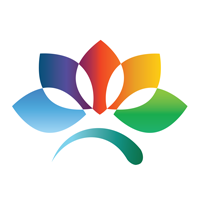 OC TOURIST is the rebranding of Oriental Colours Travel, founded in early 2013 by experienced travel professionals to provide travelers with new ways of discovering Indochina (Vietnam, Cambodia, and Laos) with ease and individuality.